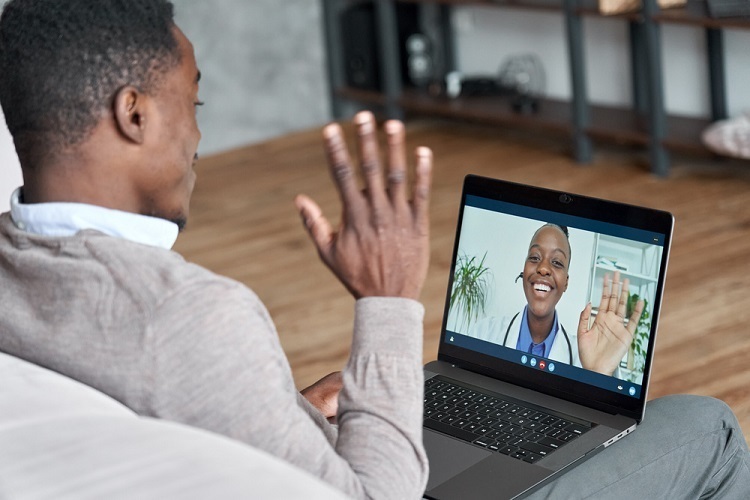 If the healthcare industry ever wanted a poster child to push telemedicine across every specialty, it would need to look no further than psychiatry. Despite objections from some, psychiatry is the perfect specialty to showcase all the possibilities telemedicine brings to the table. This post will explain why.

We tend to think of telemedicine as a fairly modern phenomenon. Many people attribute its birth to the COVID pandemic, not knowing that the idea has been around for more than a hundred years. But even as early as the 1960s, the psychiatric profession has been teasing out the concept of telepsychiatry.

According to Wayne State University Associate Professor of Psychiatry Arash Javanbakht, Massachusetts General Hospital began using a 2-way television system to provide psychiatric services back in 1969. The system was studied by a group of behavioral scientists in the 1970s. They determined that the system worked. It made psychiatry more accessible and with greater speed and efficiency.

Even though the rest of healthcare had not yet adopted the telemedicine concept, psychiatry continued to do so through the end of the century and into the 2000s. Even during the years immediately leading up to the COVID pandemic, psychiatry patients were visiting with their doctors online.

2. The Necessity of In-Person Visits

Psychiatry and telemedicine work well together for a number of reasons, not the least of which is the necessity of in-person visits – or the lack thereof. The nature of psychiatry suggests that patients do not always have to go to the office. In fact, they don’t have to most of the time. Office visits are mainly conversational visits, and conversations can take place over video chat.

When physical examinations are necessary, modern telemedicine solutions offering on-board diagnostics still reduce the need for office visits. Patients are not expected to have this sort of equipment in their homes, but companies like CSI Health are in the business of building and deploying telemedicine kiosks offering all sorts of diagnostics.

Javanbakht offers yet another reason telemedicine is perfect for psychiatry by way of study data demonstrating that it reduces no-show rates. One study he cited showed a pre-COVID no-show rate of 30% at one Ohio clinic. During the pandemic, the no-show rate for telemedicine patients was just 7.5%.

Bolstering that study is Javanbakht’s own experience. The clinic where he works also has an in-office no-show rate of about 30%. But the telemedicine no-show rate is nearly zero. He attributes the difference mainly to convenience.

4. Patients Will Use It

A primary criticism of telemedicine is the reluctance to use it. As the thinking goes, patients would rather see their doctors in person if given the opportunity. But like so many other things, the COVID pandemic caused people to think differently. Once they started using telemedicine and got comfortable with it, the preference for in-office visits diminished. At least that is the case in psychiatry.

An added benefit for patients is that they don’t have the stress of having to get to the office. Patients without their own cars do not have to navigate public transportation. Patients trying to juggle their work schedules don’t have to take off extra time to get to and from appointments. When all is said and done, telemedicine’s convenience also makes it less stressful.

Though most people don’t know it, telemedicine has had a successful run in psychiatry for decades. The COVID pandemic only brought it into view. Psychiatry has proven that telemedicine is workable, that patients will use it, and that it leads to greater efficiency. Now it is time for every other specialty to make it mainstream.

What Can You Expect During the First Visit with a Periodontist?

What Services Can a General Dentist Provide?